In Search Of Jacobites 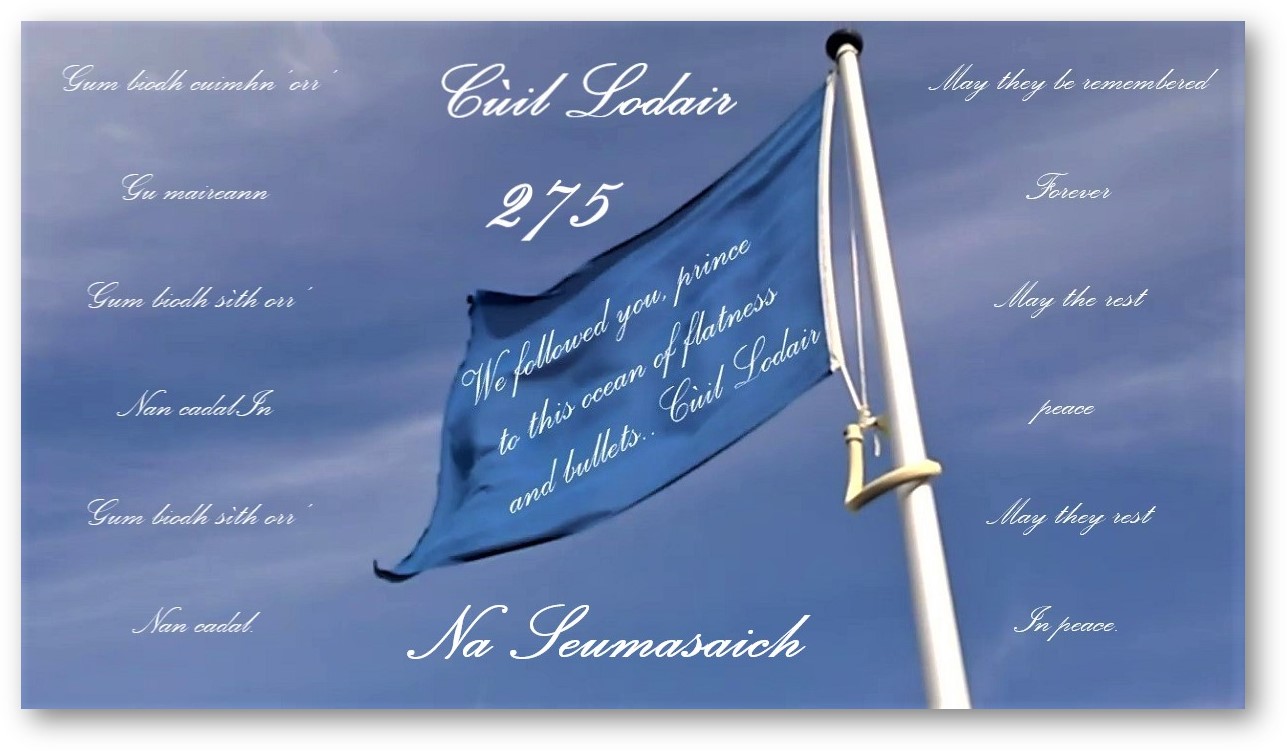 BATTLE OF CULLODEN 275 YEARS ON

2021 was very special for us at Thistle Tours and for our Highland Heritage as we commemorated the 275th Anniversary of the Battle of Culloden, the battle which sadly marks the end of the Highland Clan Culture.

Today and always we will remember Cùil Lodair (Culloden) by paying our respect to the Fallen Na Seumasaich (Jacobites), our memory reflected in a short film we would love to share with you, created by Chas MacDonald, featuring Sandy MacDonell, Piper to The Clan Donald Society of Scotland.

THERE WAS WIND, THERE WAS RAIN, THERE WAS FIRE ON THEIR FACES, WHEN THE CLANS BROKE THE BAYONETS AND DIED ON THE GUNS…
ANDREW LANG 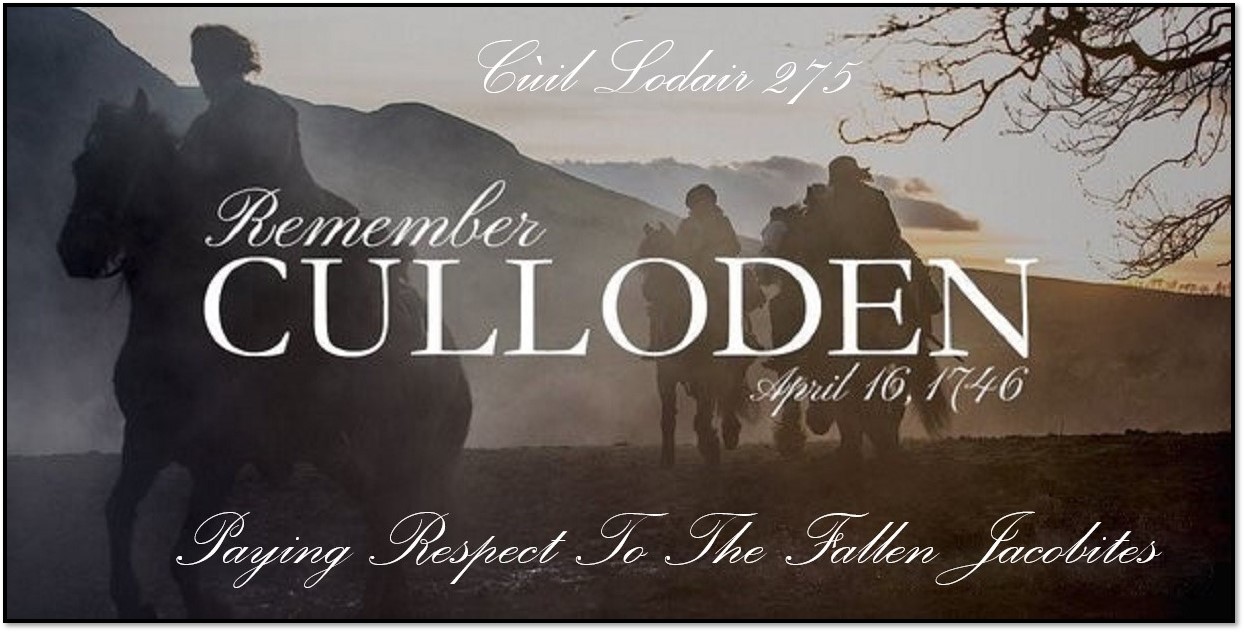